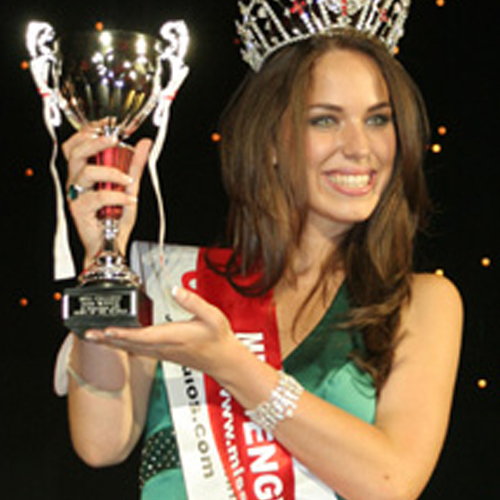 Eleanor Glynn from Oxford won the Miss England crown in Leicester in July 2007. Eleanor reached the final 20 in the talent section of Miss World in Poland 2007 with her talented singing act.

During her year as Miss England, Eleanor spoke at Oxford University about the size zero debate. Publicity for Eleanor followed on the front page of The Times newspaper, Sky, BBC and Channel 5 news and much more when she revealed her story about her experience within the modelling industry.

In 2007 the media partner for Miss England was Britains biggest-selling Sunday newspaper The News of the World who photographed and featured Eleanor in the newspaper with the photo shown above.

Hello, the magazine featured Eleanor in her beautiful evening gown made by Eric Way.