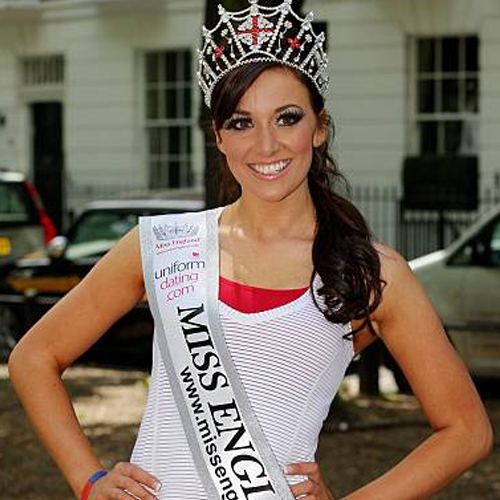 Katrina had just 24 hours notice to prepare for the 59th Miss World contest in South Africa which she later said was the most amazing experience of her life.

As Katrina is a soldier in the British army, the press nicknamed Katrina ‘Combat Barbie’ and media from around the world reported on the story During her year as Miss England – Katrina became a lingerie model for La Senza and became the face of Uniform Dating.com. Following the media attention, there were so many opportunities for Katrina, so she took 6 months unpaid leave from the army to fulfil her Miss England duties.

During the year Katrina raised thousands of pounds for charities such as Help for Heroes and the Variety Club and will soon have her first book published about her life as a soldier and being Miss England from Combats to Catwalk. Katrina said in her farewell speech before she crowned the 2010 winner

“Its hard to put into words how much being Miss England has meant to me. For the rest of my life, I will always be thankful for this year and the opportunities it has brought to me. I just want to be Miss England forever!”