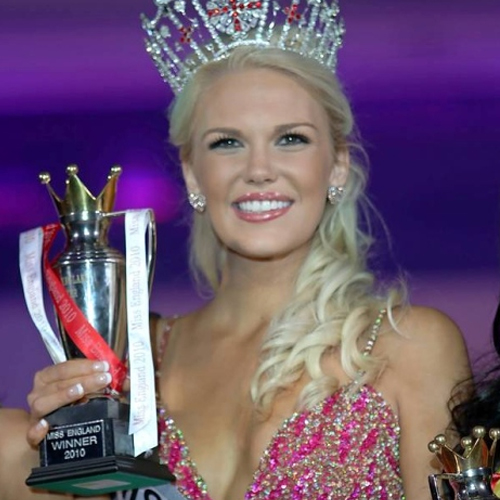 Jessica Linley age 21 represented Nottingham when she won the prestigious title of Miss England on 1st September 2010. It was held at the Hilton Birmingham Metropole. Jessica took part in the 60th Miss World which took place in Sanya, China

Jessica took a year away from her law degree at Nottingham University to fulfil her Miss England duties. Jessica was even able to give her views on the student tuition fees. During her year as Miss England, Jessica has been to Dubai, Antigua and Prague and has been in various photoshoot for the Sun and the Daily Star. Jessica has been heavily involved with the Variety Club helping raised thousands of pounds and has mingled with various celebrities.