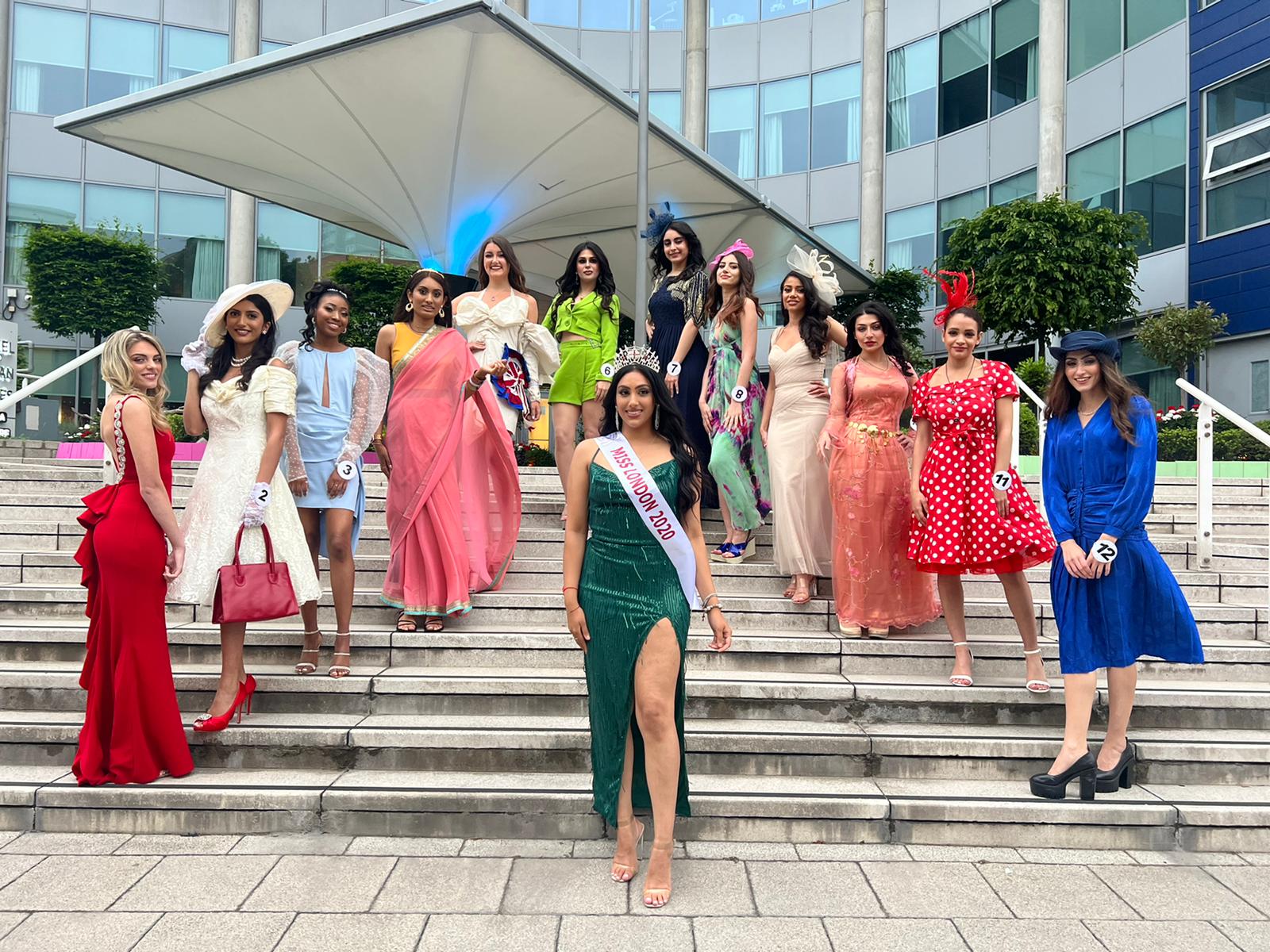 By angie7th June 2022 No Comments
Green Queens
The Miss London 22 final was held at the Hotel Rafayel on the Left Bank on World Environment day , June 5th .
TWO WINNERS were crowned to go forward to the Miss England final . 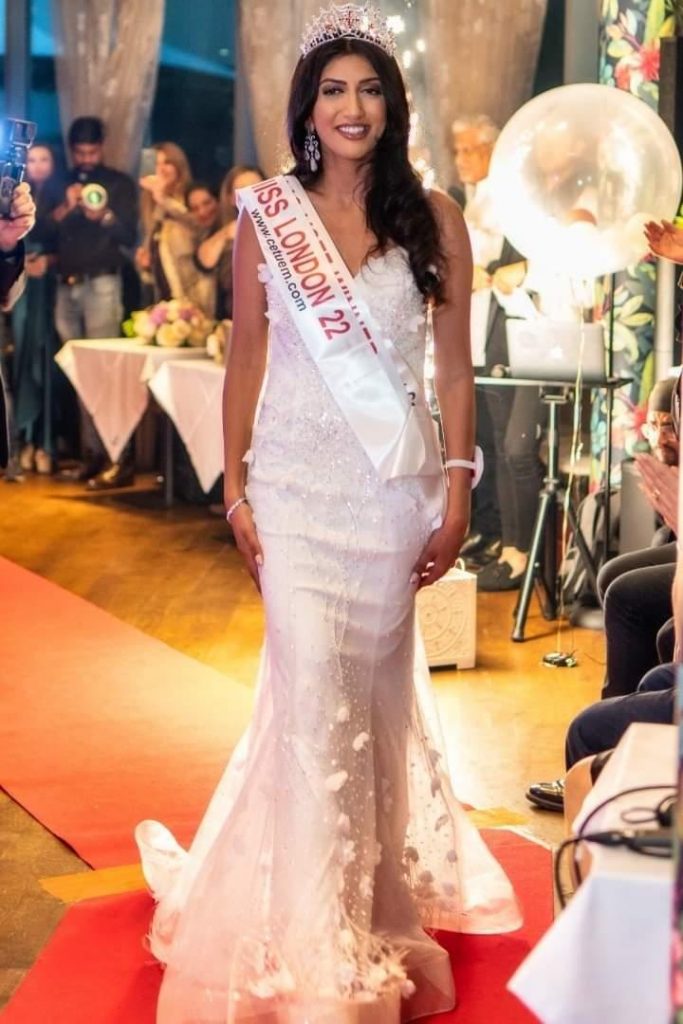 Anjali Sinha wore a white gown from To The Nines

Miss London Anjali Sinha is a scientist from Ilford who purchased her Eco Outfit from Oxfam . Anjali is already an ambassador for WASUP & actively campaigns in London for the World Against Single Use Plastic cause .

The charity queen winner Emily Cossey from Chelsea won the City Sightseeing vlogging award & raised £3,120 by cycling across London to 45 tube stations!!
Click to see Emilys winning video here
The 12 finalists are pictured with outgoing queen Jessica Kang on the steps of the  Rafyel hotel dressed in Ethical fashion before the main catwalk show …
Interesting fact ; The Hotel Rafayel  is famed for being one of the worlds first ecology aware hotels. They pioneer the use of energy efficient lighting, air conditioning and heat recovery every day & even in the very early days of the hotel design.
Each of the Miss London  finalists were invited to create an ethically sourced  outfit for the final catwalk with a Royal Garden Party theme to celebrate the Platinum Jubilee weekend.
The ethical fashion round in Miss England has been held every year since 2007 ..
It is now one of the favourite rounds in the Miss England contest! 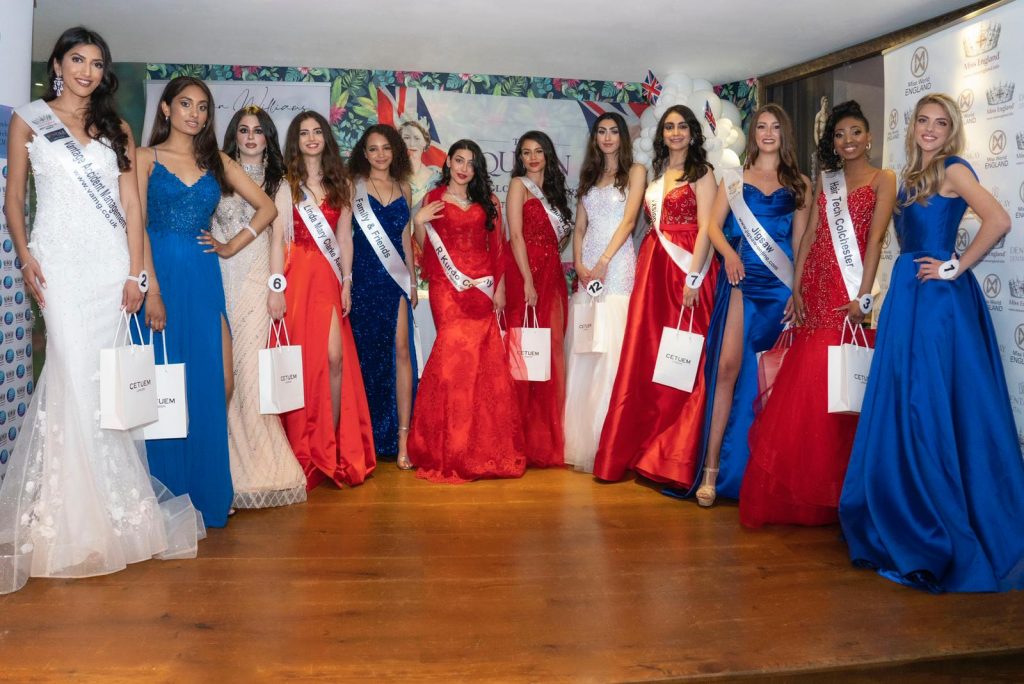 The finalists also modelled red white and blue evening gowns from To the Nines designers to celebrate the Queens Jubilee on the red carpet at the hotel .

NO MAKE UP ROUND

The Miss London final was sponsored by Cetuem Cosmetics, a Natural skincare brand in London & contestants were encouraged to post a make up free image of themselves on social media to promote natural beauty . Melisa Raouf a politics student was voted the most natural beauty by Cetuem London . 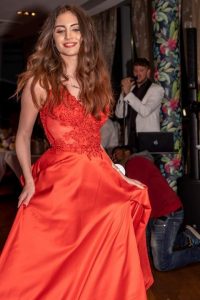 Melisa Raouf won the natural beauty award, the no make up round sponsored by Cetuem Cosmetics by posting her bare face image on social media  Cetuem Cosmetics owner Andria Vassilou who was one of the judges alongside the reigning Miss England Rehema Muthamia.

First runner up in Miss London was Pagan-Lilley Phillips a programme manager sponsored by Fluid London
Second runner up was Sepal Dawed , a student midwife sponsored by Love Sounds Records .
Over £8,000 was raised by the contestants for Papyrus a Suicide Prevention charity based in London . 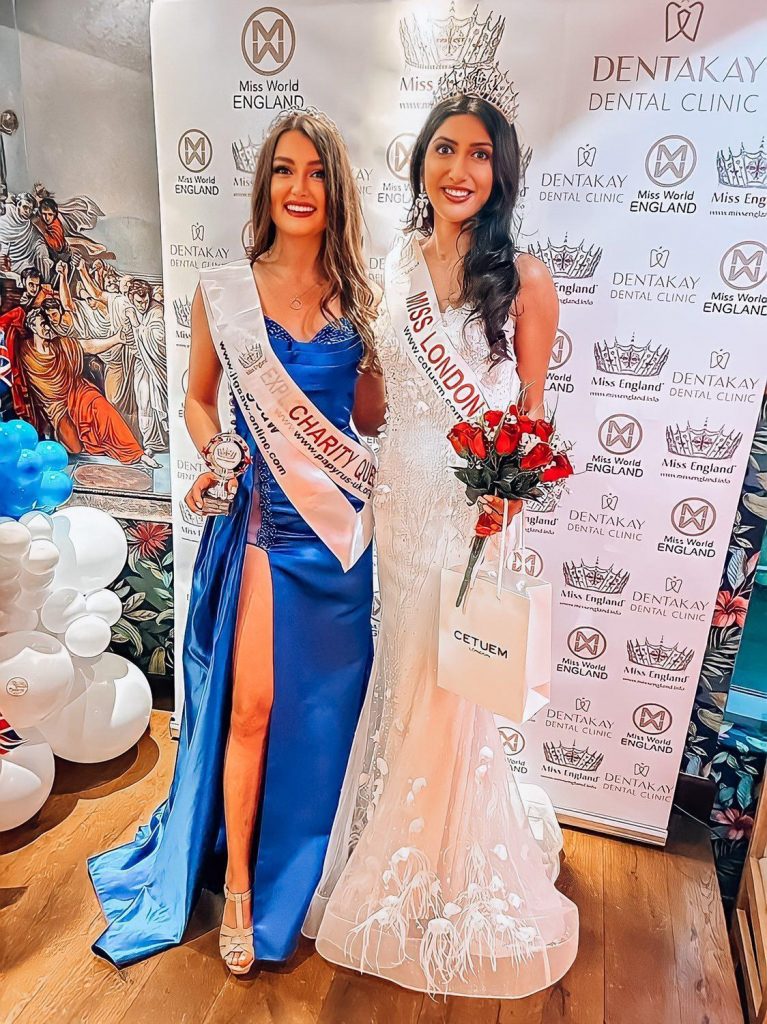 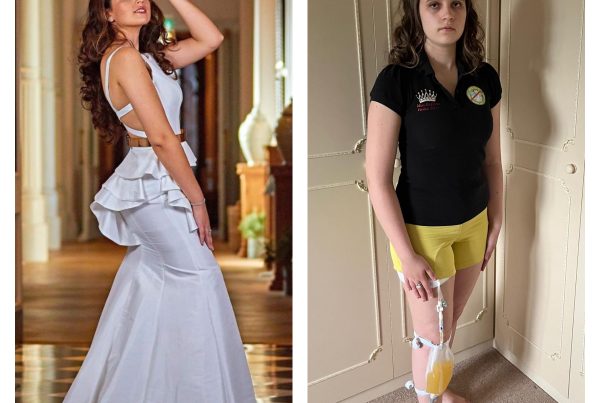 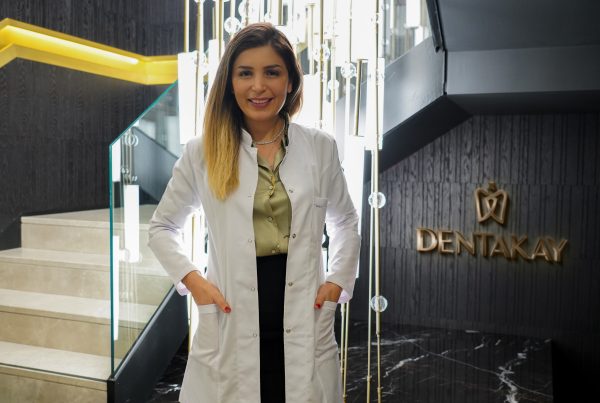 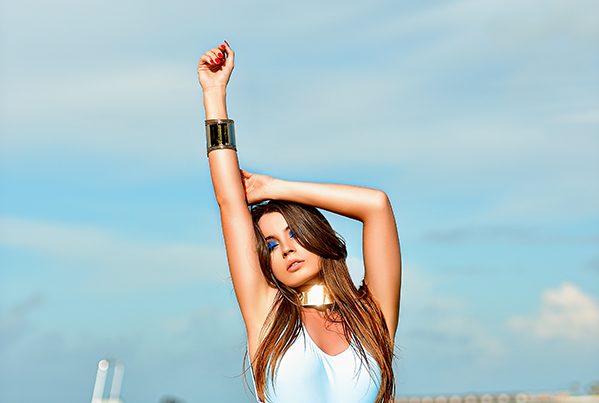