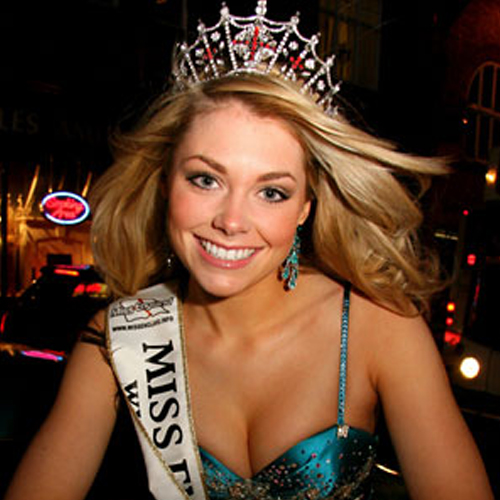 Georgia Horsley, from Malton North Yorkshire, won the Miss England title in July 2007 in Leicester. Following her win, Georgia was featured in Hello magazine, BBC2s See Hear program and had numerous interviews with magazines and newspapers across the country.

She spent three weeks in Malaysia at a fashion show as a model for couture designer Eric Way. Georgia travelled to South China for a month for the Miss World contest.

In February 2008, Georgia was one of the main attractions at Bruce Forsyth’s 80th birthday celebrations at the Dorchester hotel London with Miss Puerto Rico. Coverage of this was shown on primetime BBC & ITV News programmes and in all national newspapers in the UK.

Georgia has been chosen as a patron for “Enjoy England Celebrate St Georges Day” and was invited as guest of honour at the Houses of Parliament on St Georges day. She presented the Loving Cup of England, a symbol of national pride. Georgia completed a TV presenters course in March 2008 and soon moves to London where she has been taken on by a top model agency and hopes to further her TV career.