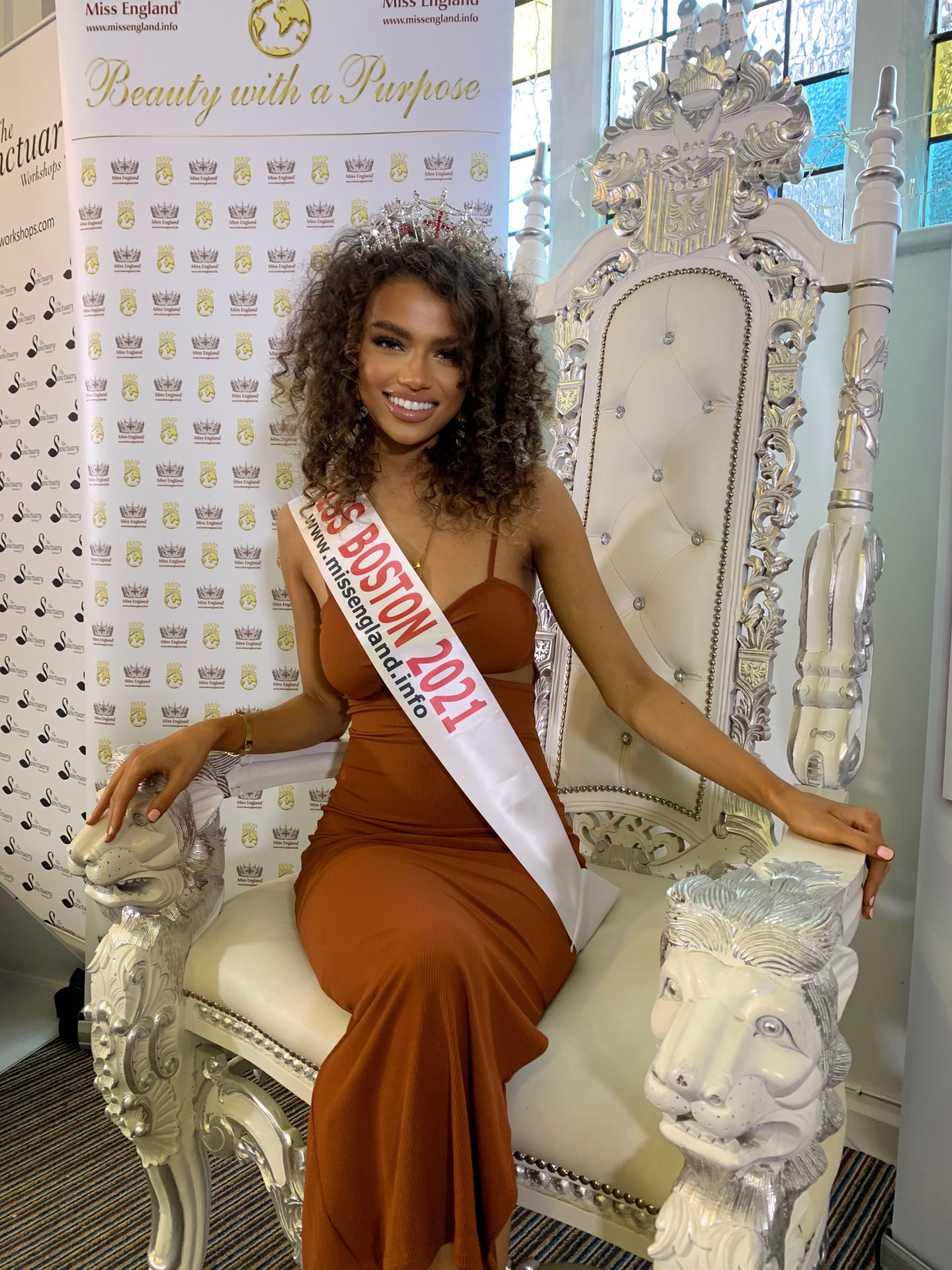 Boston resident in the running for Miss England crown

Boston resident in the running for Miss England crown

A 21-year-old graduate and model from Boston is one step closer to being crowned the Miss England queen, after recently being named “Miss Boston”.  Mia Rothwell has also placed in the top 12 shortlist of the Bare Face Top Model round , the no make up round in the contest !  This round is taking place on the 2nd August at the Hotel Rafael in London .

Mia  is a former student of Giles Academy and Boston High School, and has graduated in International Business and Arabic at the University of Westminster.  Mia was crowned Miss Boston in May 2021, after being named 1st runner-up in the popular Miss Lincolnshire competition which was featured on the local BBC News channel !

Mia hopes to use her title to encourage mental health awareness.

Mia said: “The Miss England competition has been an exciting and different challenge for me, both physically and mentally.

Following in the footsteps of the current reigning Miss England, NHS Dr Bhasha Mukherjee, it is a huge honour for me, and I’m determined to continue to ensure that Boston is recognised for it’s potential in the contest. Winning this competition would be a dream come true, and help me with my passion to improve mental health awareness, particularly in younger adults and teenagers.”

Bhasha Mukherjee became the first woman in history to be the longest crowned Miss England, will have carried the title for 2+ years, due to the postponement of the 2020 competition following the outbreak of the Coronavirus Pandemic.

Bhasha was crowned Miss England back in 2019, and the following day, started her work as a Junior Doctor at Boston’s Pilgrim Hospital .

“Both Mia & Rebecca have become an asset for the county and their individual towns, and I am delighted to see them continue further throughout the competition.”

The annual Miss England competition was due to be held at the Heart of England Conference Centre in Coventry,  however due to the ongoing enforcement of restrictions by the Government due to the new Delta variant of Coronavirus, organisers decided to move the date back to August 2021.

The heats and regional finals for Miss Lincolnshire were held through social media earlier in the year, due to the lockdown restrictions resulting in the forced cancellation of in person finals.

Most recently, Miss England finalists have participated in a new virtual round, brought in for the 2021 contest following the pandemic, named “Explore the Nation, where each contestant showcases her town, city or country in an attempt to boost local tourism.

To vote for Mia in the Peoples Choice vote , download the Miss England App and head to the VOTE section to claim a free Daily vote .